Home International SUPPORT FOR FAMILY FARMING AT THE LOCAL LEVEL 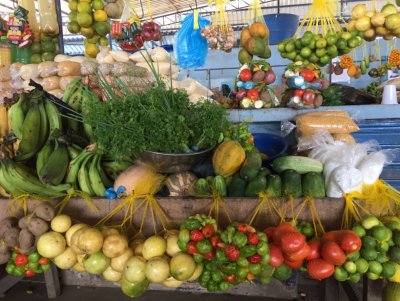 Following the signing of the Milan Pact, cities like Valencia and Vitoria-Gasteiz, among others, are advancing their own strategies for local food systems.

Family farming plays a fundamental role in the supply of food for cities and surrounding areas. Cities are home to half the world population, making them key players in the development of local food systems. This articulation of the relationship between the countryside and the city is one of the main challenges to guaranteeing the feeding of humanity in the future and to improving access to markets for family farming.

This is the purpose of the Milan Urban Food Policy Pact (MUFPP) or, the Milan Pact. It is the first international protocol encouraging cities to develop sustainable food systems that guarantee their population access to healthy food, protect biodiversity, and reduce food waste. Since October 2015 to present day, the treaty has been signed by over 140 cities across the globe.

It’s worth noting that the Decade of Family Farming will also be looking to enlist the help of local governments to push forward and ensure the implementation of public policy in favor of family farming at the local level.

VALENCIA AND VITORIA-GASTEIZ: EXAMPLES OF ENGAGEMENT WITH FAMILY FARMING

Valencia and Vitoria-Gasteiz are just two examples of the work being done at the local level to propel Family Farming forward beyond the local and its surrounding. Other cities like Vancouver, Riga, and Quito, among others, have also started working with local food system strategies.

In October 2016 the city of Valencia was elected the World Capital of Sustainable Food 2017. The city of Vitoria-Gasteiz is also working on a Sustainable Food System Strategy coordinated by the local government and encouraged by its citizens, with the objective of linking the population’s consumption with the production of quality local food. This should be an incentive to the livestock sector of the township and should stimulate the primary sector as well as improve the food quality of the population.