Home America A Permanent Regional Dialogue Mechanism for Family Farming is set up in... 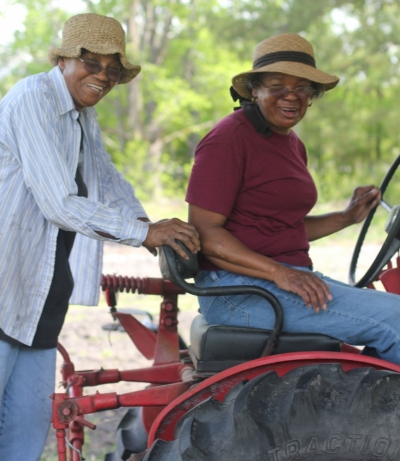 This represents the formal establishment of a permanent forum for the design and execution of specific public policies for Family Farming, with civil society participation.

The Central American Agricultural Council (CAC), consisting of the Ministers of Agriculture from the Central American Integration System, SICA (Belize, Costa Rica, Honduras, the Dominican Republic, Panama, Nicaragua, Guatemala, El Salvador), has approved the setting up of a permanent Regional Dialogue Mechanism for Family Farming in the region. This Mechanism, which aims to be a forum for the design and execution of specific public policies for Family Farming, will enable men and women family farmers from the SICA countries to participate in designing and establishing new agreements and laws which will benefit the sector.

As indicated in the approved document, the establishment of the dialogue mechanism was one of the priority actions in the area of family farming for the DRT (Rural Land Development), FF and SAN Technical Group of the Agricultural Council arising from the Meeting on Family Farming in Central America and the Dominican Republic. This took place in 2014 in San Salvador under the framework of the International Year of Family Farming (IYFF).

The approved text also states: “the National Committees which were set up during the international year in 2014 can become stronger in order to become part of the national forums for Dialogue on Public Policies (DPP).”

The Permanent Regional Dialogue Mechanism represents substantial progress by the Central American institutions on family farming. A forum which involves civil society as key agents in setting public policies and which gives the National Committees the role they deserve.

A major news story for Family Farming in Central America.

In the Resolution which was signed on June 8th 2016, the Dominican Republic’s Minister of Agriculture adopted the official concept of Family Farming as “…a production system in which agricultural and non-agricultural activities are carried out, in a defined area, where the management, income and work of the productive unit are mainly characterised by family links…” (Art.1). A high level of interest was also declared for the promotion, support, assistance and mentoring of Family Farming (Art. 2) and in this respect the Minister of Agriculture will allocate part of his annual budget to the promotion and development of the sector.

The Resolution also sets out the creation of the Consultative Council for Family Farming (Art.5) with the aim of providing follow-up and support to strengthen the strategic plans.

This is, therefore, an important achievement for the Family Farming National Committee in the Dominican Republic, since the resolution explicitly states a political will to support Family Farming in the country and sets out concrete tools to do so.