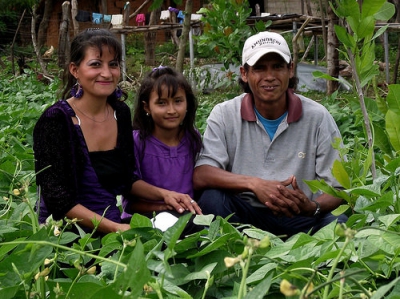 The PAFCIA, policy proposed by the Rural Regional Dialogue Program, has been approved by the Central American Agricultural Council (CAC) as a framework tool for public policies focused on Family Farming in Central America and the Dominican Republic.

The CAC approved the Peasant, Indigenous and Afro-descendant Family Farming Policy (PAFCIA) proposed by the Rural Regional Dialogue Program (PDRR), at its meeting held on July 27 in Belize, as a framework tool for public policies specific for Family Farming in the SICA region. This is a very important achievement as the proposal approved has been prepared by the PDRR and has been supported by the National Committees on Family Farming of the region.

Having a framework of Public Policy in Family Farming is a great step forward in a region where Family Farming represents between 60 and 70% of food production. The policy was elaborated through a process of wide participation of diverse actors such as family farmers, PDRR organizations, National Committees on Family Farming (NCFFs), government institutions and NGOs.

The PAFCIA aims to “move towards a diversified, inclusive and territorialized productive model, as a significant contribution to the social and economic development of the countries and the region; guaranteeing safe and quality products”.

To achieve this, the Policy has been structured in 8 lines of action, among which we find the integration of productive and environmental management, whose objective is the promotion of sustainable and healthy production, mitigating climate change and strengthening the resilience of the territories. Other axes include production support services, markets and commercialization, knowledge management, food and nutrition sovereignty, promotion of solidarity and social economy, added value to production, and the axis of institutionalism that seeks the intersectoral articulation of the institutions around Family Farming, as well as the strengthening of organizations to increase their participation in horizontal dialogue processes with public and private actors on the decisions that affect them.

The PDRR has strengthened its advocacy capacity in recent years and has developed a participatory design process for the PAFCIA as well as a successful campaign that has culminated in its recent approval. This process was strengthened by the IYFF-2014, which, on the one hand, managed to increase the recognition of the fundamental role played by Family Farming for food, reduction of poverty, conservation of our planet and development of the population; and on the other hand, promoted the development of specific public policies for the development of Family Farming.

In this context, the Regional Space for Permanent Dialogue of Differentiated Public Policies for Family Farming in Central America and the Dominican Republic was created, as a meeting platform between Family Farming organizations and institutions, made up of representatives of the PDRR, NCFFs and governments, to advance in the discussion on policies that allow the promotion of Family Farming in the region.

The approval of the PAFCIA is an achievement resulting from this entire journey and an example of the progress in the recognition of Family Farming in the SICA member countries, as well as the important work of advocacy of the PDRR and the NCFFs at the national and regional levels. Likewise, the Resolution approving the PAFCIA is recognized within the framework of the Decade for Family Farming, being a unique opportunity to achieve its implementation.

The challenge of the future is the execution of the Policy at the national level. Each State in the region will develop specific measures in accordance with its local context in order to make viable the implementation of the PAFCIA.