Home International The General Assembly of the United Nations will discuss the declaration of... 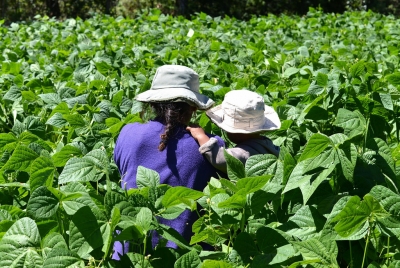 In the General Assembly the Government of Costa Rica will take the lead in proposing to extend the International Year of Family Farming for the next 10 years.

Following the success of the International Year of Family Farming (IYFF 2014) and with a view to maintaining the momentum, the government of Costa Rica will lead he process of requesting the General Assembly of the United Nations to extend IYFF 2014 by declaring a Family Farming Decade. This process, which has the support and collaboration of the Inter-American Institute for Cooperation on Agriculture – IICA, will start at the beginning of 2017.

The Government of Costa Rica, the World Rural Forum and the hundreds of civil society organizations involved in IYFF+10 (initiative supporting the declaration of the Family Farming Decade) will work together to ensure the success of the initiative. As happened during the International Year, the Family Farming Decade will always seek the maximum cooperation and spirit of understanding between farmers’ organizations, rural associations, research centres, governments and international institutions.

Family Farming is a means of organizing agricultural, forestry, fisheries, pastoral and aquaculture production which is managed and operated by a family and predominantly reliant on family labour, including both women’s and men’s. The family and the farm are linked, co-evolve and combine economic, environmental, reproductive, social and cultural functions.

The Community of Portuguese-speaking Countries (CPLP) (Portugal, Angola, Mozambique, São Tomé and Príncipe, Cape Verde, Brazil, Guinea Bissau, Macao and Timor-Leste) and the Specialized Meeting on Family Farming (REAF) (which brings together governments and civil society groups in 8 Latin American countries) have already endorsed the proposal to declare the Decade.