Home International 5 NEW NATIONAL COMMITTEES OF FAMILY FARMING CREATED OR IN THE PROCESS... 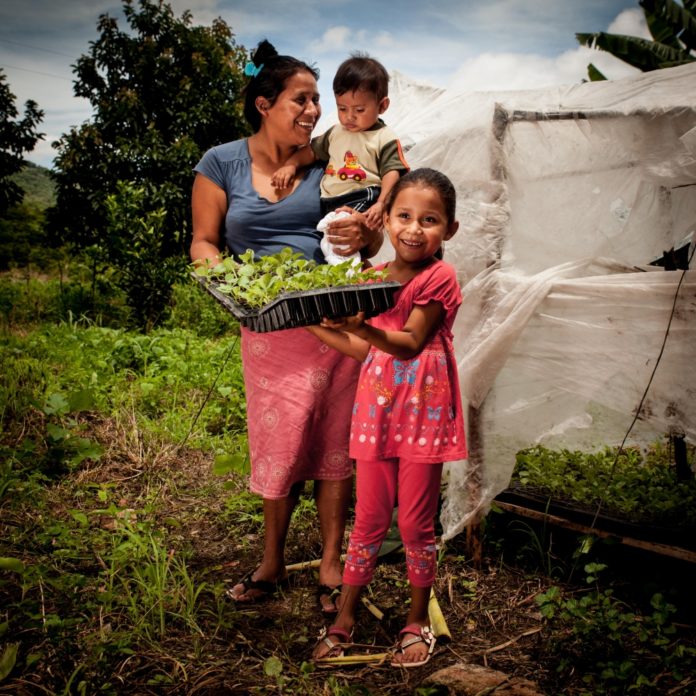 Currently, 37 National Committees of Family Farming (NCFF) are actively working on political advocacy in their countries.

26th of March, 2018 – In 2017, the network of National Committees for Family Farming expanded with the incorporation of new countries like Fiji, Macedonia, and Chad, while in Japan and Cameroon important efforts were made in the establishment of platforms for political dialogue in favor of Family Farming. Throughout the year the NCFFs continued to be a fundamental pillar for the improvement of public policies in support of Family Farming, not only addressing a new generation of policies, but also monitoring and implementing changes in existing policies.

In Fiji, the NCFF was established in August 2017 with the Farmer’s Forum and a “Farmer to Farmer” exchange of experiences. Prior to this event, PIFON (Pacific Island Farmers Organization Network) had already consulted with Family Farming organizations in order to understand their ideas and concerns, thereby identifying a series of key questions for the proposal of public policies, among others.

The NCFF in Macedonia was officially created in June 2017 when its first General Assembly was held. During this assembly, in which more than 20 participants from various organizations were present, research on the current state of Family Farming in the country was presented. The study recognized the importance of Family Farming in Macedonia and its rural areas. Taking into account its small surface area and population, it concludes that 99.8% of businesses registered are related to Family Farming.

In the case of Chad the NCFF is conducting a study on the state of Family Farming in the country as a basis for the development of policy proposals and dialogues with government agencies. The NCFF created its Steering Committee in September, composed of 7 organizations (NGOs and Agricultural Organizations), and drafted a plan of action 2017-2018 following the official launch meeting in September. It should be noted that the NCFF organized an information and outreach campaign about the importance and challenges of Family Farming in the country. Through radio programming it has successfully increased public interest in the work of the NCFF. Currently the NCFF is composed of 51 organizations.

In addition, efforts are being made to support the establishment of new NCFFs in other countries and regions like China, Central Asia, and the Balkans and contact has been resumed in the hopes of  possibly reviving the NCFFs in the US and Canada.

NOTABLE ACHIEVEMENTS OF THE NCFFS IN 2017

It’s important to note that the NCFFs are achieving significant advances in being recognized by governments as key interlocutors in the process of policy formation. In many cases the NCFFs, in coordination with authorities, actively participate and consult with Family Farming organizations and other interested agents at the regional and national level.

Such is the case with the NCFF in Paraguay, which successfully enacted the National Family and Peasant Farming Emergency Law,  is working on the creation of municipal ordinances on Family and Peasant Farming, and actively participates in REAF; NCFF Dominican Republic is working on the creation of a National Program for Family Farming; NCFF Indonesia is drafting provincial legislation on the law of agricultural protection and empowerment; Philippines , where the NCFF came to an agreement with the Philippine Coconut Authority (PCA) for the drafting of a National Development plan for the Coconut Industry with the participation of the leading Family Farming organizations;  Senegal, where the NCFF coordinates the consulting process for the creation of the National Agriculture Plan; and Burkina Faso, with the active participation of the NCFF, has drafted the second phase of the National Rural Development Program.

Other significant advances in 2017 were:

In Slovakia, as a result of efforts made by the NCFF, the constitution was amended in areas referring to the land. This constitutional amendment aims to halt speculative land purchases. At the moment, further steps are being taken to develop specific laws and directives concerning the allocation of subsidies, registration of lease agreements, land use rights, and inheritance, among others.

In Uganda, farmers successfully kept the proposed bill on GMOs (Genetically Modified Organisms), Biotechnology, and Bio-security (2012) from becoming the law.

In Colombia, the Ministry of Agriculture and Rural Development approved the policy guidelines for the development of Family Farming.

The NCFFs actively contributed to the campaign for the declaration of the Decade of Family Farming. They encouraged their governments to support the declaration in the United Nations General Assembly and they are also providing input on the upcoming Plan of Action for the Decade.

In fact, the very document of the Declaration of the Decade, recognizes the important role that National Committees of Family Farming-NCFF played in the IYFF-2014, extending to the Decade as well.

With this recognition they will certainly have a more favorable environment in which to achieve better results in the improvement of public policies supporting Family Farming in their countries. Therefore, the IYFF+10/Decade of Family Farming 2019-2028 will seek to strengthen and advocate for the NCFFs present on the 5 continents.