Home International 3RD CALL FOR PROPOSALS TO THE SUPPORT FUND FOR NATIONAL COMMITTEES FOR... 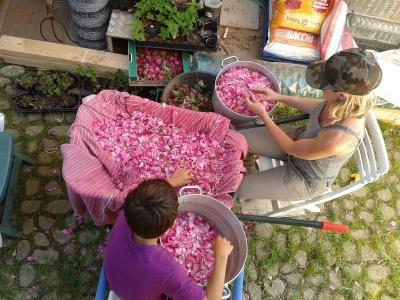 The secretary of the World Rural Forum (WRF) invites existing National Committees for Family Farming and organizations wishing to set up a new NCFF in their own country to take part in this third call for proposals , which will remain open until 17:00 (local time in Vitoria-Gasteiz, Spain) on 31 May 2018.

Wednesday 2 May 2018. Preceded by 2 calls in 2016 and 2017, we are now launching the third call for proposals to the Support Fund for National Committees for Family Farming . The ultimate goal of this Fund is to follow the positive results of the International Year of Family Farming 2014, by contributing to better public policies for the development of  family farming at national level. The organizations involved in the Support Fund are, FAO, WRF, FIDA-MERCOSUR-CLAEH, INADES and AMARC.

Existing National Committees for Family Farming and organizations wishing to set up a new NCFF in their own country can submit their proposals until 17:00 (local time in Vitoria-Gasteiz, Spain) on 31 May 2018.

After a technical analysis, the projects submitted will be evaluated by a selection committee consisting of 3 representatives from the IYFF+10 World Coordination Committee (AFA, COPROFAM and PAFO) and a representative from the World Rural Forum, with FIDA and FAO as observers.

The requirements for the call for proposals are set out in the Document “Support Fund for Family Farming National Committees: Call 2018”.

Organizations wishing to set up a new NCFF in their own country should fill in application form M2.

Applications should be sent by email to challengefund@ruralforum.org

PROPOSALS SELECTED IN THE FIRST AND SECOND CALLS

71 applications were submitted in the 2016 and 2017 calls. After a technical analysis of each one, 11 proposals were selected by the selection committee.

The fund is supporting relevant improvements in the public policy agendas in Madagascar, Indonesia, Paraguay, the Dominican Republic, the Philippines, Honduras, Burkina Faso and Senegal. It has also facilitated the creation of new National Committees for Family Farming in Fiji, Macedonia and Chad.